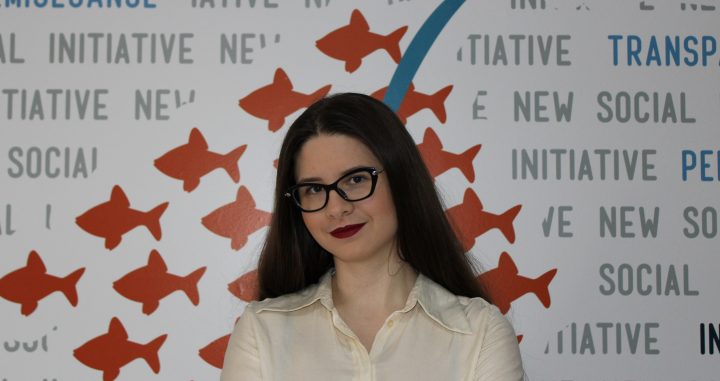 Albin Kurti’s distrust towards the Serb List (Srpska lista) is no secret, but neither is the latter’s firm hold over the Kosovo Serb community. Allegations of voter intimidation, threats, and actual exertion of physical violence over political rivals, even accusations of murdering Oliver Ivanovic, follow the Serb List since their inception. None have so far been properly investigated, let alone proven or disproven, but the fact that the shadow of the doubt first falls on the Serb List whenever an incident in Serb-majority area occurs, speaks at the very least of their psychological influence over the citizens.

The mutual feelings of distrust between the two would not be a factor in the formation of the institutions, but they will bring into question Kurti’s longstanding announcement of an intention to start an internal dialogue with Kosovo Serbs.

Entertaining the idea that Kurti actually wants to have an internal dialogue with Kosovo Serbs brings also an assumption that Kurti will try and bypass the Serb List in this process, partly because of their reputation described above, but mostly because of what he sees as undue influence of Belgrade over the Serb List.

Should this indeed happen, the process will be a failure, or rather it will not even start, not in a way that will contribute to bringing the communities closer together.

The announcement can already be interpreted as an act of “marking” the territory or “claiming” Kosovo Serbs but doing this with limited participation of Kosovo Serbs would only further antagonize the community as a whole.

There is a prevailing opinion among analysts and observers that Serbian pro-regime media, Serbian politicians and the Serb List themselves drive and magnify ethnonationalist narratives and feelings within Kosovo Serb community. This is not entirely true, and as shocking as it may sound to a reader not exposed to more authentic perspectives of Kosovo Serb community—when it comes to participation and interaction with Kosovo institutions and the society—the Serb List is as friendly as it gets. Any other political option that can hope to gain significant voter support in the north are nationalist right-wing movements that would propagate boycott and shutting down of the existing Kosovo institutions.

When an average voter from a Kosovo Serb community in the north criticizes the Serb List and their undemocratic means, the main thing they are bothered by is the fact that they use these means in order to drive forward a process of integration and formation of Kosovo institutions in Serb-majority areas.

On a platform of implementation of the Brussels agreements and without immense pressure on the community, the turnout in Serb-majority areas in the north would be exceptionally low and the Serb List would not have the legitimacy to coordinate Kosovo’s institution consolidation processes it previously led, such as dismantling of Serbian security institutions, judiciary and a part of Serbian municipal bodies.

Not only that the turnout would be low, but without the push from Belgrade, the Serb List would be obstructed by more authentic political forces that almost uninterruptedly governed the northern municipalities in the first decade of 2000s and whose main policy was maintaining the level of functionality of Serbian institutions in Kosovo and obstructing any (at that time only individual) attempts of communication and cooperation with the Kosovo institutions, even through means of violence and threats.

Unaided by the authority of the Serb List and their “corrective” means, Kurti would probably be blocked from entering a town center of a Serb-majority area, or in the very least would not be greeted by more than a half-dozen Serbs at the meeting.

Dictating the pace of integration is the single most important job the Serb List has and they will not let Kurti bring it into question.

In addition, regardless the numerous allegations of election fraud and voter pressure in Serb-majority areas, until there is a more serios action by Kosovo prosecution and the police, the election results will be undisputed. Those results, as it stands, send a clear message – the only political representatives of Kosovo Serbs are the Serb List.

In a parliamentary democracy where political representatives are chosen directly by the citizens, the executive cannot afford to boycott these representatives without risking to further isolate the part of the constituency who elected them. Even the staunchest adversaries of the Serb List and their methods will defend this on principle. It is not up to Kurti to challenge the choice of political representatives and look for what he believes would be more appropriate partners in the Serb community.

On the other hand, assuming Kurti and the Serb List somehow agree to cooperate to commence this dialogue, the question is what would be the topics and the agenda of this dialogue. Kurti so far has been vague on this idea, no framework of this internal dialogue has been offered and agricultural workers and their issues with subsidies and work-related costs are the only target group Kurti named.

Regardless, he seems to be on the right path with this approach. The best way to open communities and establish new ties is through economic cooperation. But to do this, Kurti will have to undo years of damage done by his nationalistic narratives and a number of boycott campaigns against Serbia which all had their spillover effects on the economic integration of Kosovo Serb producers.

Economic nationalism among consumers and long-lasting issues of Kosovo Serb producers to penetrate Kosovo market outside Serb-majority areas would be high on the list of demands of the community.

Closely related to economic development would be the issues of usurped property and delays in execution of the decisions of the Kosovo Property Agency in cases involving the Serbian community.

Other issues, depending on the professional niche the future Kosovo government would talk to, would likely involve the discussion on the right to education according to Serbian ministry curricula, language rights and, most importantly, the rights of the religious communities.

The latter would bring up the issue of the refusal of the Decani local authorities to implement the decision of the Constitutional Court on the confirmation of the ownership of the monastery Visoki Decani over 24 ha of land in its vicinity, as well as the ongoing suit between University of Pristina and the SOC over the Christ the Savior Church on the campus.

Although difficult to implement, Kurti’s idea of internal dialogue would be beneficial for the communities, however, convinced that much of the requests of the community are dictated from Belgrade, Kurti might be surprised to learn that the community’s appetite for self-regulation and autonomy has actually been curbed, not spurred on by Belgrade.

About the author: Milica Andrić Rakić has been in the civil society sector since 2015. She worked as a researcher and policy analyst for numerous non-governmental organizations and consultancy companies until 2018 when she became a journalist. As a policy analyst she dealt extensively with the implementation of the legal framework related to non-majority communities in Kosovo, particularly access to documents and freedom of movement, education in the Serbian language and the implementation of the Brussels agreement. Milica Andrić Rakić is currently working as a project manager at the New Social Initiative.

The views expressed in the op-ed are those of the author and do not necessarily reflect the views of Open Society Foundations pr D4D.

What opportunities does the labor market offer to increase the participation of women and girls – where should the immediate interventions be made?

Women’s will for work and business, facing the challenges of stereotypes

The Western Balkans with no opportunities for women