Deconstructing the idea of unification between Albania-Kosovo: What do citizens think? 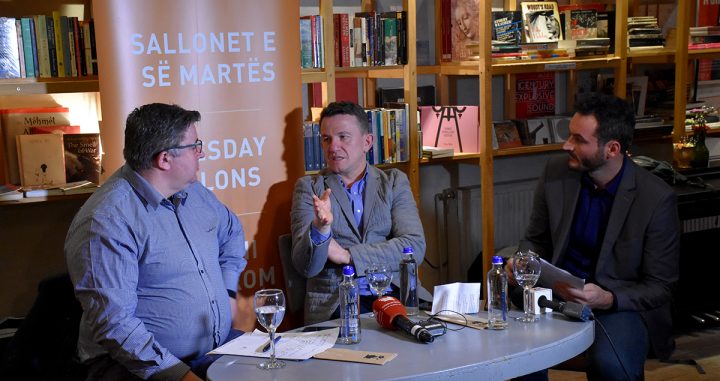 During this salon, this idea was described as a process that should not be considered in conflict with the European integration process. It was even emphasized that unification is possible but ways of cooperation should be considered without the need for boundary changes. On the other hand, the non-realization of this idea was discussed as well as the need for this idea not to dominate the Kosovar political discourse because it affects the opening of the topic of division of Kosovo.

The issue of unification has started to be alienated by not being a priority in the new government’s program, referring to the Prime Minister’s speech to the Assembly. On the other hand, the positive aspect of Kosovo is the increase of the two-way movement, also by the citizens of Albania, as well as the successful presentation of Kosovo by artists and players who are thought to have been influential in diminishing the desire of the citizens of Kosovo for unification with Albania.

Part of the panel in this salon were: Adri Nurellari, Analyst and Berat Buzhala, Journalist, Gazeta Express. The salon was moderated by Eraldin Fazliu, Editor-in-Chief, Pristina Insight and the editorial will be written by Donika Hamiti, publicist.