Are we journalists of April 1st or April 2nd? 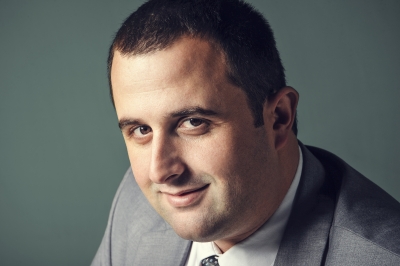 With fake news becoming easier to spread than verified information, we need to ask ourselves as journalists whether we will celebrate lies or facts. With the expansion of social media, humanity is confronted with its next challenge: access to credible and accurate data. In an era when receiving information relies on the reader’s activity and pre-programmed algorithms, the discussion on distinguishing what is reliable and whom should we trust when receiving a set of data is a hot topic for every media professional. Along with these discussions comes the importance of solving another set of recent issues: how to stop fake news from spreading, and how to protect society from false claims, which are becoming more severe with each passing day. The given challenge is even more severe for those who were raised in a social environment in which people have to choose their words carefully. And now, those of us who have the tendency to say something without fear of consequences are getting older.

With the expansion of social media and online websites (in the Albanian portale) with or without a recognizable domain, all information remains questionable, and the reader finds it difficult to decide who they should trust. Many suggested solutions are interesting, but hardly feasible. Turkey’s approach, for instance, which seeks to shut down certain websites for providing the public with questionable information, is dangerous. There is a dilemma amongst professionals, making it difficult to agree on a specific mechanism to determine whether a website is abusing freedom of speech, and as a result, if it should be shut down. Needless to say, such totalitarian practices should not be applied in our country. However, can we continue to allow these ‘media prostitutes’ to continuously slander and insult, and misuse media for blackmailing and pressuring in the most terrible ways? All of us certainly agree that these practices should stop, and the reader should be able to detect inaccurate information.
Amidst this chaotic situation, the Press Council should continue to reform standards and attempt to establish the implementation of the Code of Ethics in the media landscape. In this regard, the Council should  be tougher, but it is the courts that should begin to prosecute such issues. The courts should also address lawsuits on slander, which have been pending for some time now.  These cases should be considered urgent for the sole reason that the social risk is great. In the ongoing debate, which becomes relevant especially during April Fool’s Day and International Fact-Checking Day (April 2nd), we should ask what journalists can do to fight fake news. The first issue that everyone should address is the official fact-checking holiday, which journalists should mark. Deciding which holiday one celebrates depends on what one reports throughout the year. For those marking April 2nd, the most difficult challenge remains to provide the public with the actual truth and background on fake news.